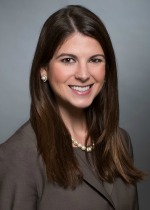 Margo Cardwell is an attorney at Margo Cardwell, PLLC whose transformative vision for identifying solutions to complex policy dilemmas makes her an invaluable asset.

Born and raised in Austin, Margo attended Georgetown University in Washington, D.C., where she received her B.S. from Georgetown’s prestigious Walsh School of Foreign Service. Margo returned to Austin to attend law school at the University of Texas.  During this time, she worked for one of the state’s largest trade associations, where she drafted legal documents and policy memoranda used to accomplish the association’s key legislative priorities during the 82nd Legislative Session.

Prior to starting her own practice, Margo was the chief policy analyst on Greg Abbott’s historic gubernatorial campaign.  As a leading member of the policy team, Margo was instrumental in developing campaign policy on education, health care, natural resources, and criminal justice. She is also a previous member of Stalwart Strategies.

Margo Cardwell is a member of the State Bar of Texas, and the Legislative and Campaign Law and Government Law Sections.

Roland Leal has been active in Texas politics for over 20 years. Since 1995, Leal has maintained an independent consulting practice, providing lobby and strategic consulting services primarily to business associations and private companies. Leal has helped some of the state’s largest companies develop policy positions and effectively communicate with the Texas Legislature. His areas of expertise include healthcare, insurance, licensing and regulation, state budget issues and working with state agencies

In 2004, facing threats from the Texas Association of Anesthesiologists, TANA hired Leal. Leal’s efforts were particularly helpful in fighting back supervision efforts and increasing the Medicaid reimbursement rate for APRNs to 92 percent.

Formerly, Leal served on the staff of the Senate State Affairs Committee and the Texas Sunset Commission. He has also served as a consultant to a major Texas House caucus, is called on regularly to perform research projects for the Texas Comptroller’s office and the Secretary of State’s Office.

Leal received a Liberal Arts degree from Concordia University in Austin. In addition, he received a Master’s degree in History and Political Science at Texas State University and has completed extensive coursework toward a Ph.D. at the University of Texas at Austin.

He currently lives in Georgetown, Texas with his wife and ten children. 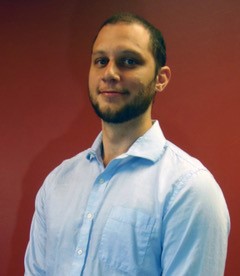 Kevin Stewart has been a proud Austinite for most of his life, is recently married, and currently lives in North Austin with his wife and their dog. He attended the University of Texas at Austin for both undergraduate and law degrees, focusing his studies on health law, the legislative process, and statutory interpretation. He worked at one of the top lobbying firms in the state, assisting clients engaged in banking, energy, insurance, and other industries. Finally, he’s the author of the Texas Legislative Law Handbook and a member of the State Bar Advisory Commission on Legislative Law Certification.