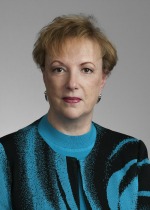 Ms. Cox has extensive litigation experience in both state and federal court. Her litigation experience includes suits for declaratory and injunctive relief against state regulatory agencies as well as appeals of decisions by administrative agencies in state and federal court. She has briefed and argued a number of appellate cases in the Texas Court of Appeals, the Texas Supreme Court, and the federal 5th Circuit Court of Appeals. 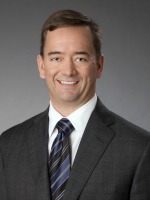 Trey J. Blocker is a native Texan with more than 20 years of political, legislative and legal experience. He regularly represents clients with issues before the Texas Legislature and various state agencies. He serves as an ethics advisor to corporations, PACs, candidates and officeholders – helping them maintain compliance with the state’s complex campaign finance and legislative ethics laws. He also serves as the general counsel for several trade associations and non-profit corporations. Prior to forming Trey J. Blocker, PLLC, Blocker was a lobbyist, ethics attorney, and litigator at one of Texas’ top law firms. His litigation practice focused on eminent domain and land use matters, drawing on experience representing both condemners and landowners to ensure his clients received the best possible representation in this highly specialized field.

Before entering private practice, Blocker served in numerous capacities within state government. He was an assistant to the governor, legislative director for several members of the Texas House of Representatives, and Chief of Staff / General Counsel for a state senator. During his time at the Capitol, he focused on environmental issues, business & commerce, water law, and telecommunications. Blocker’s political experience includes working on several Texas House races and successfully managing a race for an open Texas Senate seat covering 36 counties. It was during this time Blocker began advising candidates on campaign finance law. He now has over 15 years of experience representing clients before the Texas Ethics Commission, forming and operating political action committees, and providing general guidance on ethics compliance issues.

Margo Cardwell is an attorney at Trey J. Blocker, PLLC. Her transformative vision for identifying solutions to complex policy dilemmas makes Margo an invaluable asset to the entities she represents.

Born and raised in Austin, Margo previously worked for one of the state’s largest trade associations before serving as the general counsel for a Texas state senator. Most recently, she was the chief policy analyst for Greg Abbott’s gubernatorial campaign.

Margo Cardwell is a member of the State Bar of Texas, and the Legislative and Campaign Law and Government Law Sections.

Roland Leal has been active in Texas politics for over 20 years. Since 1995, Leal has maintained an independent consulting practice, providing lobby and strategic consulting services primarily to business associations and private companies. Leal has helped some of the state’s largest companies develop policy positions and effectively communicate with the Texas Legislature. His areas of expertise include healthcare, insurance, licensing and regulation, state budget issues and working with state agencies

In 2004, facing threats from the Texas Association of Anesthesiologists, TANA hired Leal. Leal’s efforts were particularly helpful in fighting back supervision efforts and increasing the Medicaid reimbursement rate for APRNs to 92 percent.

Formerly, Leal served on the staff of the Senate State Affairs Committee and the Texas Sunset Commission. He has also served as a consultant to a major Texas House caucus, is called on regularly to perform research projects for the Texas Comptroller’s office and the Secretary of State’s Office.

Leal received a Liberal Arts degree from Concordia University in Austin. In addition, he received a Master’s degree in History and Political Science at Texas State University and has completed extensive coursework toward a Ph.D. at the University of Texas at Austin.

He currently lives in Georgetown, Texas with his wife and ten children.