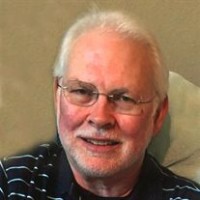 One of his favorite hobbies was his music. He enjoyed getting together with friends and playing “Rock Star” band of oldies. Kenneth’s latest favorite activity was spending time with his grandson who was the light of his life.

Kenneth is survived by his wife of 41 years, Jo Lynn Crane of Longview. They would have celebrated their 42nd wedding anniversary on November 21st. His is also survived by his daughter Susan Crane Jackson and husband Chad Jackson and grandson Preston Jackson of Longview. Other surviving family are brother Aubrey Crane Jr. and his wife Linda of Kirbyville, sister Pamela Loper and husband Wesley of Kirbyville. A sister-in-law Nancy Watters of Longview. Kenneth is also survived by numerous nieces, nephews, cousins, aunts and uncles. His two fur babies Beau and Ben will greatly miss their snuggle buddy.

Kenneth Ray Crane , 65, of Longview passed away November 7,2015 after a short illness. He was born to Aubrey Crane Sr. and Emma Lee Haney Crane in Kirbyville, Texas on April 6, 1950.

Kenneth graduated from Kirbyville High School. He attended Mary Hardin Baylor School of Nursing and graduated with his Bachelor of Science in Nursing. He worked at Scott and White Hospital in Temple, Texas. In 1981 he left to attend Nurse Anesthesia School and received his CRNA license. In 1990 he accepted a position at Longview Regional Hospital where he just started his 26th year of employment on October 8th. Kenneth had been a member of the Anesthesia Department for all 26 years.

In lieu of flowers donations can be made to the Humane Society in Longview, Texas or Mary Hardin Baylor Nursing Scholarship in Belton, Texas

To send flowers or a memorial gift to the family of Kenneth Crane please visit our Sympathy Store.